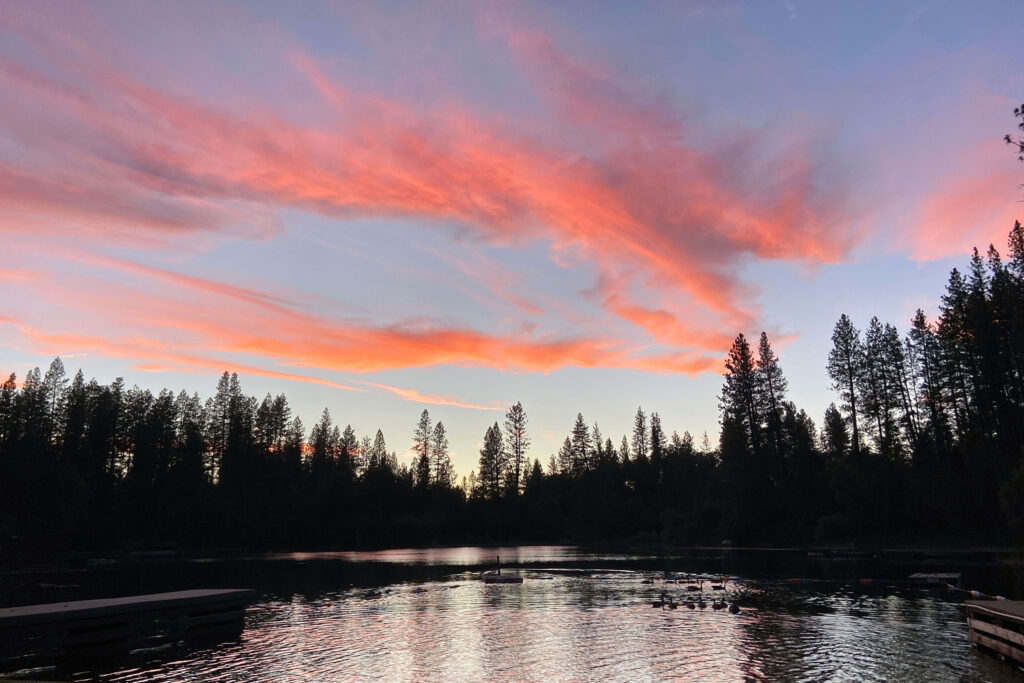 Camp Gold Hollow stands on the shores of Lake Vera, a few miles outside of Nevada City, California. Lake Vera is fed by Rock Creek and Brush Creek, two seasonal creeks from the Sierra Nevada foothills. In ancient times, tribal people inhabited the area, grinding acorns on the flat rocks at the mouth of Rock Creek.

When gold was discovered in Northern California in 1849, miners began coming to the area in large numbers in search of golden riches. They built an earthen dam at the confluence of Rock Creek and Brush Creek, and used the water behind the dam to generate electricity, and for hydraulic mining. In some places, the miners dug deep trenches in the land around the lake. The history of the gold mining at Lake Vera is described in C.L. Canfield’s book “The Diary of a 49er.”

While some of the surrounding land has never recovered from the hydraulic mining (for example, the Malakoff Diggins in nearby North Bloomfield), eventually the mighty Ponderosa Pines grew again around Lake Vera.

In 1926, the Physical Education Department of Mills College, a women’s college in Oakland, California, offered courses in camp leadership. The college wanted to give its students an opportunity to acquire outdoor skills and a sense of self-sufficiency. To support this program, in 1927, Mills College acquired the land and built Camp Gold Hollow, making it one of the first camps for girls in California.

The lodge, with its massive stone hearth, was built from timbers on the wooded 48-acre property and is still in use today. Originally, it featured twelve beds, a kerosene stove and cooking utensils. Mills students were expected to provide their own bedding, “mess kit” (plate, cup and silverware) and “provisions” (food). Campers paid $1.00 for the first night and 50 cents for each successive night. 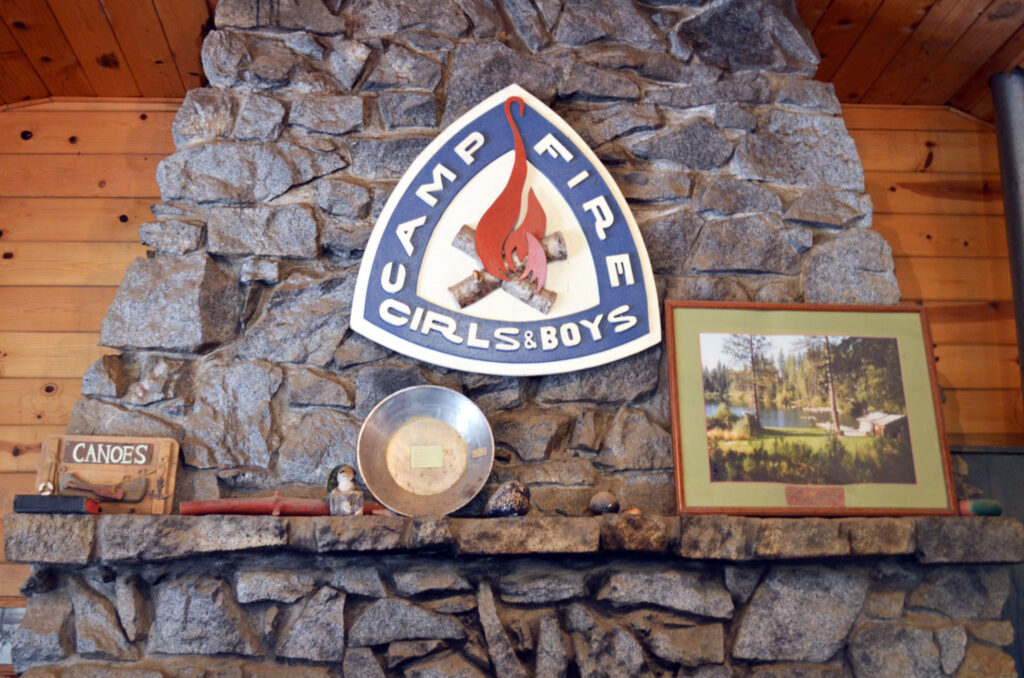 In 1944, the camp was purchased from Mills College for the Vallejo Council of Camp Fire Girls. With the help of interested citizens, the Kiwanis Club, the Sons of Norway, and other service organizations, the Sluice Box (bathhouse), the boathouse, dock and eight sleeping platforms were built. In 1945, one hundred and ninety-two girls attended camp, paying $35.00 each for a two-week stay.

In 1958, a second bathhouse (the Stockade) and four more sleeping platforms were added. Over the years a total of 14 platform/kiosks have been built and renovated.

Lake Vera has evolved too. In the early days after the gold mining, a great deal of silt from the surrounding hills damaged by the miners washed down the creeks and settled in the lake, forming flat, sandy areas around its shores. Pine needles fell on the sand and decomposed, forming soil. Grass began to grow in the soil, and later blackberry bushes and trees like willows and alders that love to be near water. As a result, Camp Gold Hollow now has a grassy meadow next to the lake dappled with sun and shade.

In 1966, the earthen dam built by the gold miners was replaced with a new concrete dam, allowing the lake to be drained in the wintertime and refilled in spring, improving the water quality. A family of round granite boulders known as “Turtle Rock” remains in the middle of Lake Vera, serving as a favorite destination for expert swimmers.

The lodge has been progressively repaired and upgraded, too. It now includes bathroom facilities and a modern commercial kitchen capable of serving meals for over 100 campers and counselors.

In 2019, Camp Gold Hollow celebrated 92 years as a continuously running camp. In 2020, summer resident camp was not held for the first time in the camp’s history, due to the COVID pandemic. A limited program is planned for the summer of 2021. We look forward to providing a full camp program for Northern California youth in a safe, supportive, and healthy outdoor learning environment again in 2022 and for many years to come. 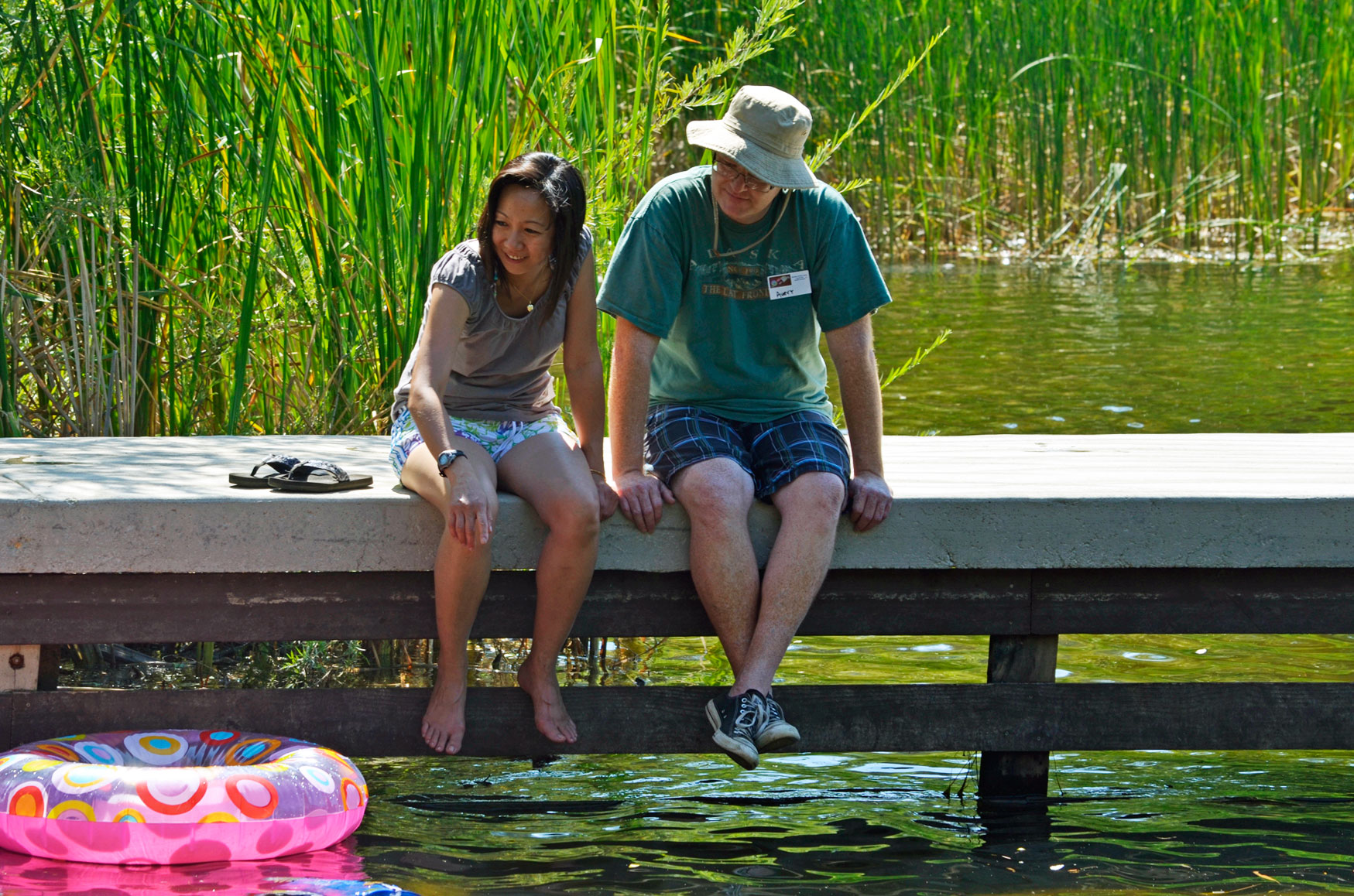 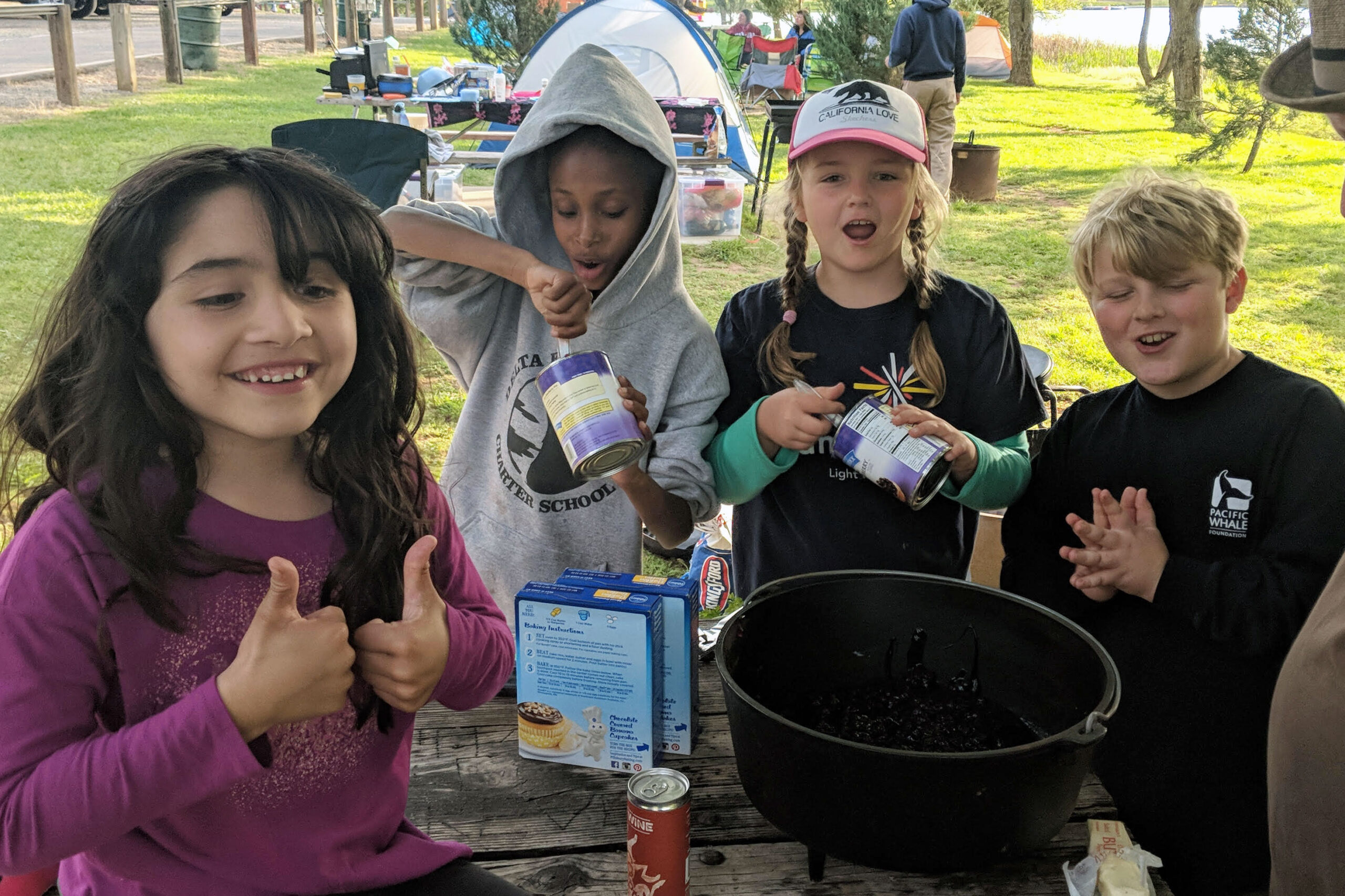 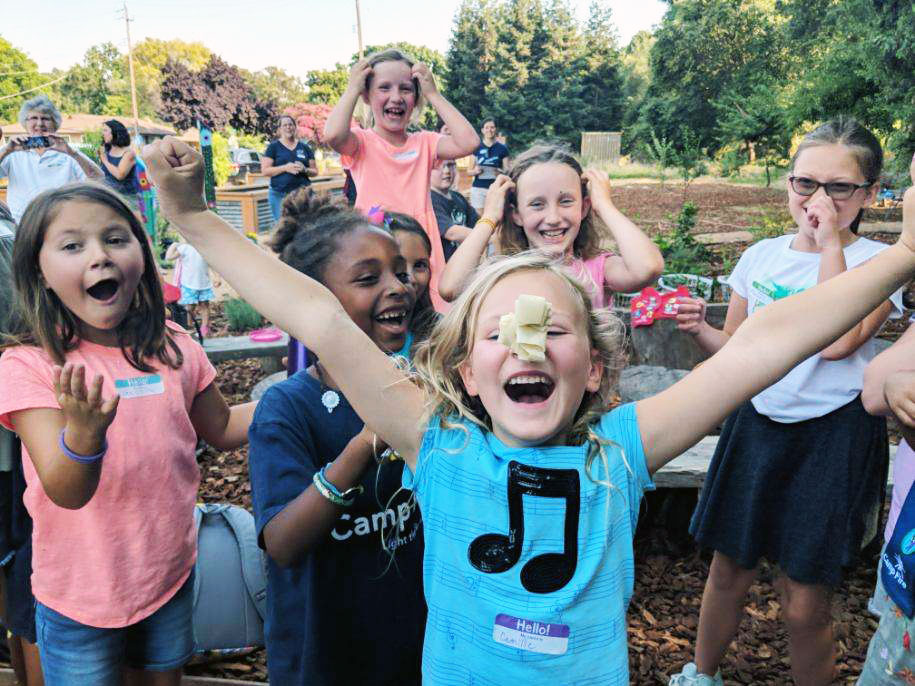 Camp Fire provides the opportunity to find their spark, lift their voice, and discover who they are.

In Camp Fire, it begins now.

Light the fire within 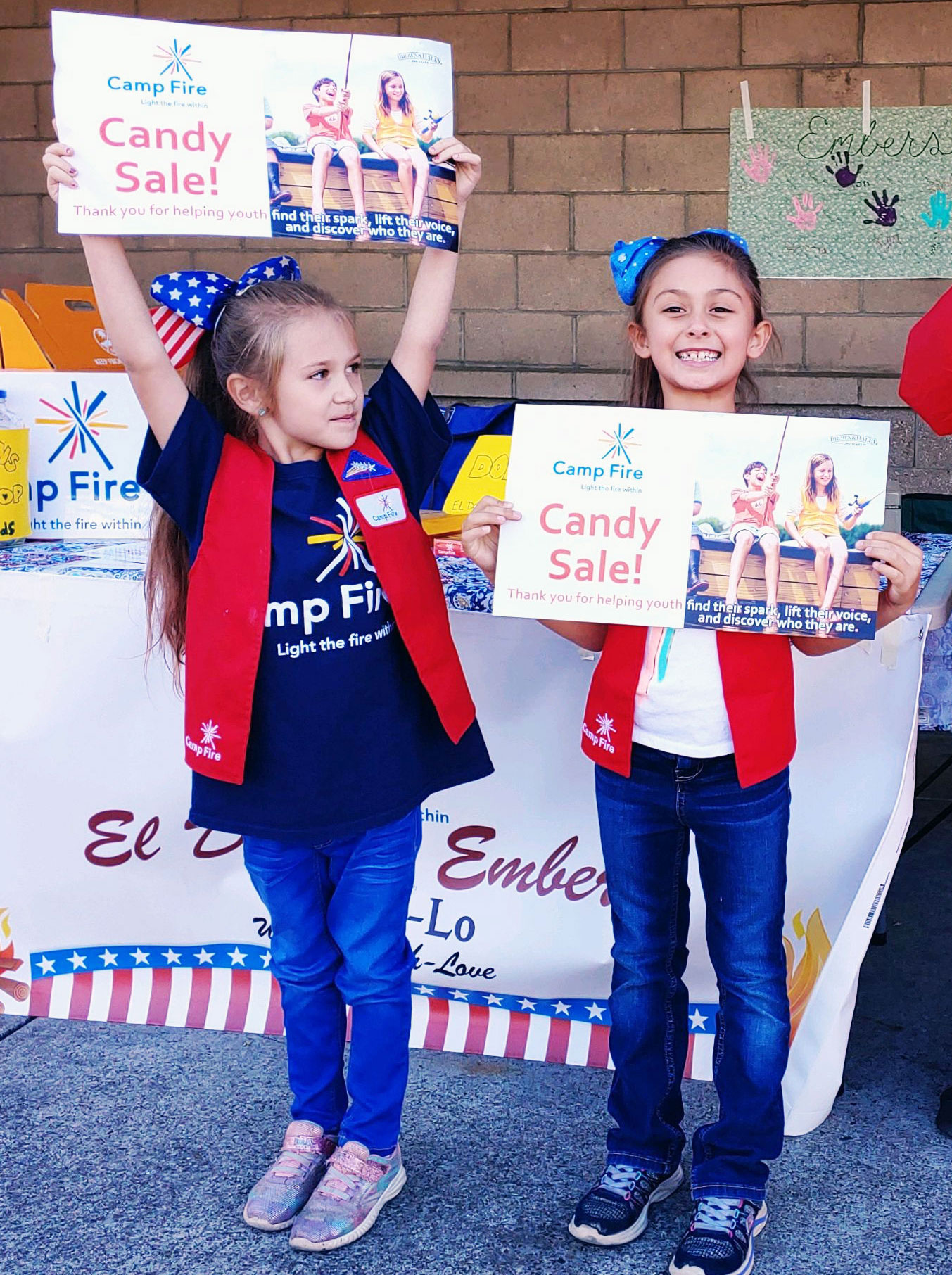 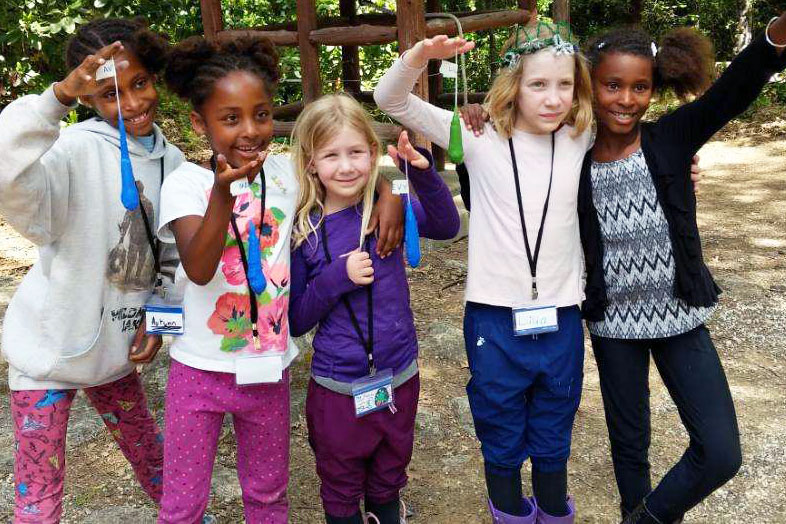